The members of the extended Isanganiro family are now scattered throughout Africa, Europe and North America. But whatever time zone we woke up in on Tuesday, we woke up with a piece of our world missing.

Bélinda Munyana and her friend Bélyse Nsabimana were interns in the programming department the same year Poly and I were interns in editorial. They were really sweet girls, always bursting with energy, always working through the day with smiles on their faces, convinced that they were going to do great things. I remember spending long nights eating, drinking Jack and Coke and talking about whatever came to mind, with Poly, his roommate, his roommate’s girlfriend Doulie,   Bélinda, Bélyse and Fresca, an expat friend of mine from New Brunswick. Bélyse we called “Excellence” because she had family in the diplomatic corps. Bélinda was “La belle vache,” “the cow with the beautiful eyes,” because that, as far as I could tell, was what her Kirundi name (Munyana) signified. And she did have beautiful eyes. Bélinda, Bélyse and I were often in the same carpool. They would translate things I said to the driver, who would flirt with them, and then they would translate what he said. Squished into the old Hilux van with the rest of the day shift crew, we would laugh until our chests hurt.

Monday night, Bélinda was sitting at a neighbourhood bar with two other people whose names I haven’t been able to find out. A reporter from SOS Médias (the co-op created after the forced closure of the private radios) quotes a witness as saying: “One person in civilian clothes came and looked around. A server came to greet him but he had gone. He came back a few minutes later with two others in tow. They  shot directly toward the table where Bélinda was seated with two other people, and some people threw a grenade.”

The report continues: “The customers scattered and ran. The criminals took the money from the cash register. According to another witness , ‘We came back into the bar and we heard Bertrand and the others calling for help. The young lady, she was dead, her body was riddled with bullets and torn to shreds. The two other people [at the table] were seriously injured. It looked  like the young lady was targeted. One employee was also hurt.”

The report goes on to say that the three injured people “are currently receiving medical care.” [None of my sources has given any indication as to who the two people were that Bélinda was sitting with.]

“Based on information collected at the scene, there were disagreements between the police officers and the soldiers who intervened after the attack. The police, who were first on the scene, detained everyone present, mostly waiters. The soldiers evidently disagreed with this way of proceeding. After speaking with the Ngagara station chief, they arrested a small number of people, who are still being detained in the Ngagara station lockup.”

Bélinda, victim of a targeted assassination: What did they want with her, she worked in programming and promotions for Christ’s sake! What did she know? A friend of hers and Poly’s, a Congolese journalist called Yves, said it best: “All they did was extinguish her laugh, and the light in her eyes.”

Bélinda, victim of a random act of violence: What kind of country, what kind of world do we live in when someone can’t even go out to a bar with her friends and have a beer anymore without the risk of coming home in pieces? 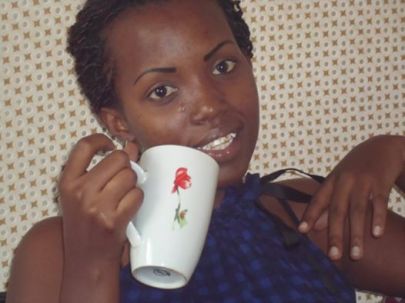 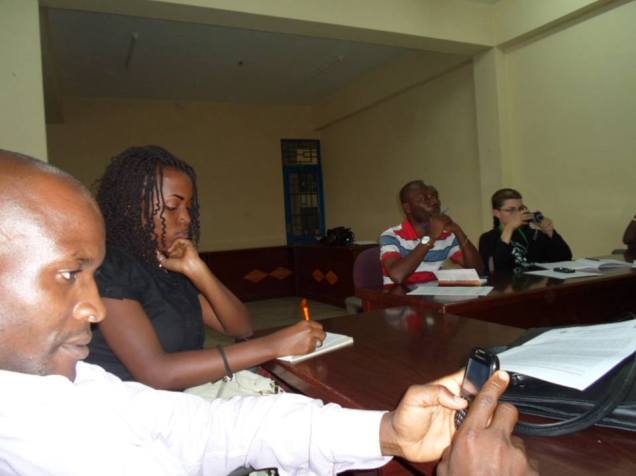